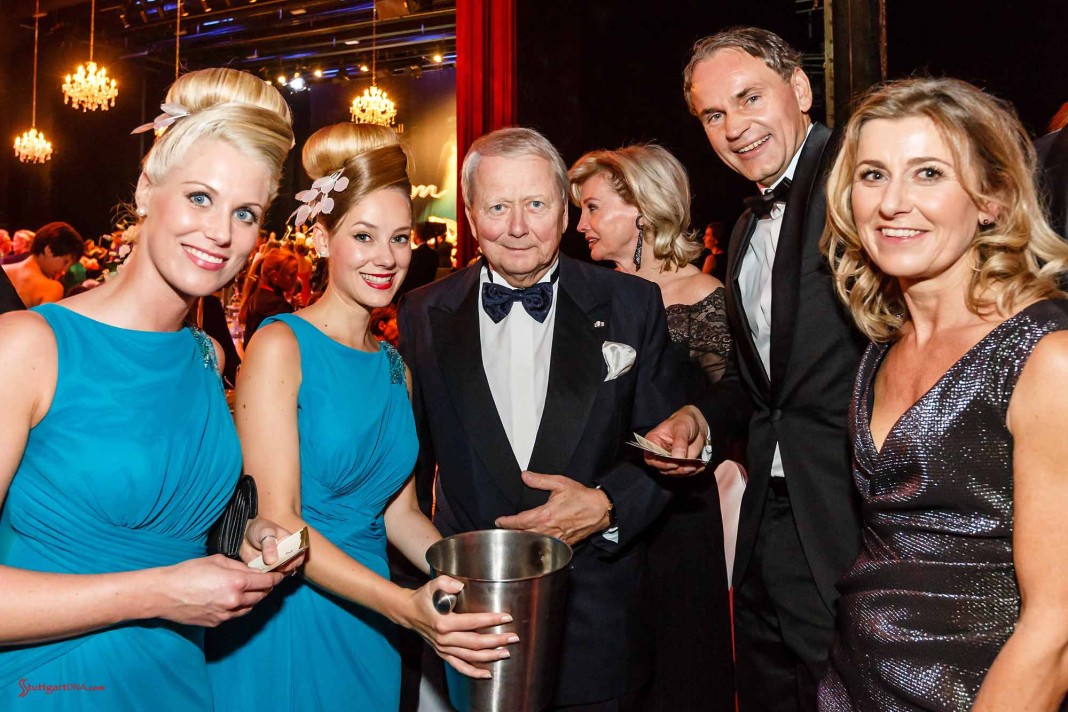 Stuttgart/Leipzig.  The 21st Leipzig Opera Ball attracted more than 2,200 dancing enthusiasts to the city in Saxony on Saturday.  Porsche once again sponsored the ball this year.  During the event, an announcement was made that Porsche AG would be renewing its contract with Opernball Leipzig Production GmbH and that the partnership would be extended for another three years.

“Social responsibility is very important to us as a company, especially at our production site in Leipzig”, said Dr. Oliver Blume, Chairman of the Executive Board of Dr. Ing. h.c. F. Porsche AG, during his conversation on Saturday with the host of the Leipzig Opera Ball, Kim Fisher.  “We’ve been manufacturing sports cars for our customers for 13 years here in Leipzig, and we want to give back something of this success to the city and its people.  We’re therefore very pleased to be able to continue our partnership with the Leipzig Opera Ball.”

Chairman of the Supervisory Board Dr. Wolfgang Porsche attended the Leipzig Opera Ball for the first time this year and was enthused by the event and the city.  “Leipzig is a wonderful city with a very rich cultural heritage and tradition”, said Porsche.  “The purpose of our commitment to the city is to help preserve Leipzig’s historical and artistic treasures.  As a sports car manufacturer with roots in Swabia, we are greatly honored and pleased to have found a second home in Leipzig.”

The slogan for this year’s traditional citizen’s ball was “Shalom Israel” — in celebration of the 50th anniversary of the establishment of diplomatic relations between Germany and Israel.  This year, Porsche once again donated the grand prize for the traditional Opera Ball tombola, enticing guests with the possibility of winning a Cayman painted in Indian Red with a retail value of €73,000.

As always, the proceeds will be donated to the charitable foundation Leipzig hilft Kindern (Leipzig Helps Children).  The foundation will use the money from this year’s tombola to support an association that helps diabetic children and teenagers and an organization that provides aid for people who suffer from mental illness with a particular emphasis on supporting their families and friends.

The third charitable project this year spotlights Israel as this year’s partner country of the Opera Ball, as it helps traumatized children from Israel to visit Leipzig.  “The tombola is a matter of the heart to us because every year its proceeds give us the chance to open up some opportunities for a better future for the youngest people in difficult situations in Leipzig”, said Siegfried Bülow, Chairman of the Management Board of Porsche Leipzig GmbH.

Porsche also presented the L.O.B. Sophisticated Fashion Award for the first time this year.  The award, which was created in 2008, honors young designers for outstanding ball dresses.  The creation by Phalaphol Tatone won over the eight members of the jury at the Leipzig Opera Ball’s Fashion Show on Saturday.

“Mr Tatone made a big impression, particularly in terms of his harmonious overall concept, the complexity of his design and the perfect workmanship”, said Dr. Joachim Lamla, Financial Director of Porsche Leipzig GmbH who presented the award on behalf of Porsche.  In addition to €2,000 in prize money, the up-and-coming designer from the Stuttgart area will enjoy an internship at the Porsche Design Group.